iPhone 7 Complete Review 2016: All that You Should Know!

iPhone 7 Complete Review 2016: All that You Should Know!

Posted by Suresh Kumar
» iphone, » technology
» February 10, 2016
When will the iPhone 7 come out? (And when will it launch in the UK?) What new features and design changes can we expect in the new iPhone for 2016 when it comes out? And what will Apple's next iPhone be called? iPhone 7, iPhone 7 Plus? iPhone 7 mini? Something new?

Well, this post might answer some of your queries. Launching date is still not finalized, but I will update in this post, once I get confirmed about this.

Phones from Apple or for that matter all the devices from that come from Apple have always been a treat to use given all the features and specifications they incorporate along with the design that depicts class. 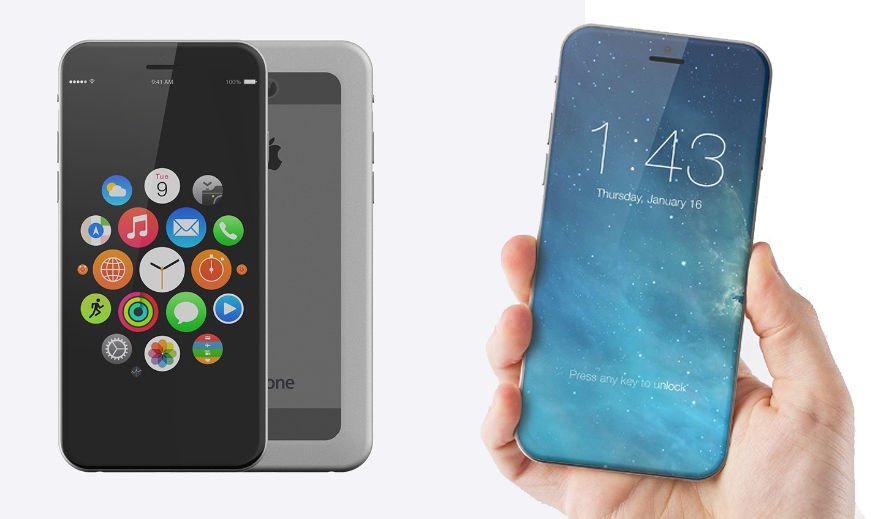 If you are among the so many people looking for the details and all the specifications that come along with iPhone 7. Here is all that you have to know about the phone!

1) We are expecting the phone to hit the market in 2016 anytime during the third quarter of the year. This however, isn’t a concrete date and is basically just an assumption based upon the trends that the iPhone series has been following.
Read also,


Nokia Lumia 1520 – the next generation phablet


3) Apple has never followed any particular naming tradition and rumors are also that the 4 inched iPhone 7 could be named as iPhone max!

4) The iPhone 7 might as well be thinner than all the predecessors that we have seen in the form of iPhones earlier. We are however, expecting the same measurements but the iPhone 7 boasts of being the slimmest phone ever. All of these however, might be just news and nothing else since rumors always follow!

5) One of the major change and the best possible upgrade we shall see in the form of iPhone 7 is its battery backup. There has been news that the phone will come up with a better back up for the same! Now, the battery will last for an extended period even after a single charge while the battery will also be an environmental friendly one made with organic elements.

6) Another change we are expecting is the jack and also the charger. There have been rumors that the iPhone 7 will get over with the 3.5 mm jack and come up with a reversible USB charger which will be lit up at one of the ends.

7) Finally, you must be wondering how would the price structure for the phone be given it has all of this in store. The phone is likely to be priced in between $549 to $849 depending on the various internal space available in them.

1. No Headphone Jack in iPhone 7

iPhone 7 rumours are flying, and we've picked up lots of hints about new features that could appear in the iPhone 7, from wireless charging to a touchscreen with built-in Touch ID. It's believed that Apple is going to ditch the 3.5mm headphone jack - and people aren't happy.

iPhone 7 would have wireless charging.

Higher screen resolution is a possibility - Apple undermined its own 'Retina is as sharp as your eyes can see' myth with the iPhone 6 Plus, and the company is playing catchup against many of its rivals in terms of screen resolution. Apple may well take the higher pixel density that was exclusive to the iPhone 6 Plus and 6s Plus (401 pixels per inch, as compared to 326ppi for all non-Plus iPhones), and apply it to all the models in the next generation; it could even raise the pixel density further than this, although we fear that this is unlikely. And a harder screen material would play well, whether Apple manages to resurrect the sapphire situation or goes with Corning's new Project Phire.

4. iPhone 7 has waterproofed with IP68 standards.

And that is it. The 7 pointers you as a buyer should always remember if you are planning to buy this phone. Though there is a lot of time for the Smartphone to finally come out in the market, there is a lot of anticipation which awaits. You can now enjoy the wait and anticipate the final release of the iPhone 7! Let the wait begin!

Message: I hope that you have enjoyed 'iPhone 7 Complete Review 2016: All that You Should Know!' article. However, if you want me to deliver more articles then please share my post. You can use Social Sharing Widget provided at the end of every post. After all, Sharing is Caring!
T2S

Well, looking for iPhone7 review and here i found every useful info about it. Thanks, and keep sharing.