Posted by Suresh Kumar
» technology
» January 1, 2016
Advertising is one of the most visible activities of business and it does not operate in a vacuum. By informing, persuading and reminding consumers to use their products and services, companies risk public criticism and attack if their advertising is offensive to the audience or if the advertised products or services do not perform as promised.

Ethics in advertising means a set of well defined principles which govern the ways of communication taking place between the seller and the buyer. An ethical ad is the one which doesn’t lie, doesn’t make fake or false claims and is in the limit of decency.

In simple, it means a set of moral principles which govern a person’s behavior or how the activity is conducted. And advertising means a mode of communication between a seller and a buyer. 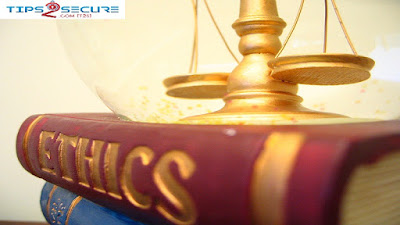 Many laws and regulations put into force that determines what is permissible in advertising, however, not every issue is controlled by rules. Marketers are often faced with decisions regarding  appropriateness of their actions which are based on ethical consideration rather than what is within the law or industry guidelines. There is considerable overlap between what many consider to be ethical issues in advertising and the issues of manipulation, taste and the effects of advertising on values and lifestyles. Certain actions may be within the law but still unethical.

Advertisers, such as Calvin Klein, and L'oreal etc., have been criticised for using overt sex appeals showing women as sex object in their ads. A few years ago, Calvin Klein was even boycotted for featuring objectionable snapshots of teenagers in states of undress.

Why Ethics in Advertsing?

1. To ensure the truthfulness and honesty of representations and claims made by the advertisement and to safeguard against misleading advertising.

2. To ensure that advertisements are not offensive to generally accepted standards of public decency.

3. To safeguard against indiscriminate use of advertising for promotion of products which are regarded as hazardous to socirty or to individuals to a degree or of type that is unacceptable to society, at large.

4. To ensure that advertisements observe fairness in competition.

The code of Advertsing Standards Council seeks to achieve the acceptance of fair advertising practices in the best interests of the consumer. It does not have any enforcement powers but acts as a moral pressure group and gives the consumer a chance to register his/her complaint, if the ad is considered misleading by the consumer.

The primary critism of avertising that it is misleading and deceives consumers. It's an extremely difficult issue. There are people who are inclined to beleive everything they see or hear. Deception can also occur as a result of how consumers perceive the ad and its impact on their opinions and beliefs. Puffery is advertising that praises the product or service to be sold with subjective opinioins, exaggerations, or superlatives without stating any facts and for this advertisers have a right. This further complicates the issu of deception.

What really bothers critics is the extent towhich advertisers are knowingly and deliberately misleading or untruthful. Sometimes advertisers have knowingly made false or misleading claims, supplied defective pieces to winners of centests or sweepstakes. Cases like this usually involve smaller companies, who definitely succeed in damaging any reputation they have, besides the possibility of prosecution by government agencies. Most advertisers who spend huge sums of money on advertising do not design their message to deceive or mislead consumers.


What is Social Media Optimization (SMO) ? [SEO vs SMO]

1. Truth
Advertising shall reveal the truth, and shall reveal significant facts, the omission of which would mislead public.

2. Substantiation
Advertising claims shall be substanitiated by evidence in possession of the advertiser and the advertising prior to making such claims.

3. Comparisons
Advertising shall refrain from making false, misleading, or unsubstantiated statements or claims about a competitor or his products or service.

5. Guarantees and Warranties
Advertising of guarantees and warranties shall be explicit, with sufficient information to apprise consumers of their principal terms and limitations or, when space or time restrictions preclude such disclosures, the advertisement shall clearly reveal where the full text of the guarantee or warranty can be examined before purchase.

6. Price claims
Advertising shall avoid price claims that are false or misleading, or savings claims that do not offer provable savings.

7. Testimonials
Advertising containing testimonials shall be limited to those of competent witnesses who are reflecting a real and honest opinion or experience.

8. Taste and decency
Advertising shall be free of statements, illustrations, or implications that are offensive to good taste or public decency. 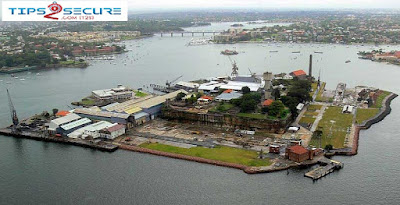 Sponsorship is the financial or non-financial support of an activity, used primarily to reach the given business goals. According to IEG's complete guide to sponsorship,

Sponsorship activities have become a mainstream component of the marketing mix. As such, there are attempts to make these activities more effectively by leveraging them using advertising, sales promotion, or in an increasing number of cases, through cause related marketing.


Information Technology and Its Role in Modern Businesses

Advertising is not the same as marketing or public relations (the systematic effort to create a favorable public impression or image of some person, group, or entity). In many cases, though, it is a technique or instrument employed by one or both of these.

Message: I hope that you have enjoyed 'Ethics in Advertising - Detailed Explanation' article. However, if you want me to deliver more items, then please share my post. You can use Social Sharing Widget provided at the end of every post. After all, Sharing is Caring!
T2S