What is Public Key Cryptography?

What is Public Key Cryptography?

Posted by Suresh Kumar
» cryptography, » security
» February 5, 2016
Before proceeding for public key cryptography, you should first read and know what is cryptography and how it works. This article will help you to understand the basic and core key concept of cryptography. You can read it out by clicking here.

Now we will discuss on Public key cryptography

Public-key systems, such as Pretty Good Privacy (PGP), are becoming popular for transmitting information via the Internet. They are extremely secure and relatively simple to use. The only difficulty with public-key systems is that you need to know the recipient's public key to encrypt a message for him or her. What's needed, therefore, is a global registry of public keys, which is one of the promises of the new LDAPtechnology. 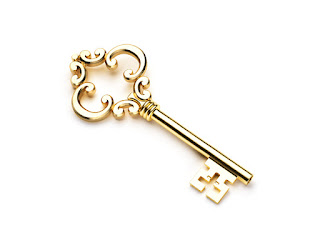 The Public Key is what its name suggests - Public. It is made available to everyone via a publicly accessible repository or directory. On the other hand, the Private Key must remain confidential to its respective owner.

if Bob wants to send sensitive data to Alice, and wants to be sure that only Alice may be able to read it, he will encrypt the data with Alice's Public Key. Only Alice has access to her corresponding Private Key and as a result is the only person with the capability of decrypting the encrypted data back into its original form.

Public-key encryption uses two different keys at once -- a combination of a private key and a public key. The private key is known only to your computer, while the public key is given by your computer to any computer that wants to communicate securely with it. To decode an encrypted message, a computer must use the public key, provided by the originating computer, and its own private key. Although a message sent from one computer to another won't be secure since the public key used for encryption is published and available to anyone, anyone who picks it up can't read it without the private key. The key pair is based on prime numbers (numbers that only have divisors of itself and one, such as 2, 3, 5, 7, 11 and so on) of long length. This makes the system extremely secure, because there is essentially an infinite number of prime numbers available, meaning there are nearly infinite possibilities for keys.

1. Encryption and decryption allow two communicating parties to disguise information they send to each other. The sender encrypts, or scrambles, information before sending it. The receiver decrypts, or unscrambles, the information after receiving it. While in transit, the encrypted information is unintelligible to an intruder.

2. Tamper detection allows the recipient of information to verify that it has not been modified in transit. Any attempt to modify data or substitute a false message for a legitimate one will be detected.

3. Authentication allows the recipient of information to determine its origin-that is, to confirm the sender's identity.

4. Nonrepudiation prevents the sender of information from claiming at a later date that the information was never sent.

Message: I hope that you have enjoyed 'What is Public Key Cryptography?' article. However, if you want me to deliver more items, then please share my post. You can use Social Sharing Widget provided at the end of every post. After all, Sharing is Caring!
T2S