Posted by Suresh Kumar
» iphone
» March 11, 2016
Apple launched the iPhone 6S in September 2015 and the response was tremendous despite the high prices. And now it’s the time for iPhone 8 and 8S to hit the market in 2017. So here we will try to compare the features and what people are expecting from iPhone 8 as compared to iPhone 6S. Obviously, the features that were missing from the previous model and the improvements will be rectified in this iPhone 8. Now we will try to compare all the possible features of these two smartphones so that people get to know exactly about the missing aspects of iPhone 6S which should definitely be improved in the upcoming iPhone 7 and 8. 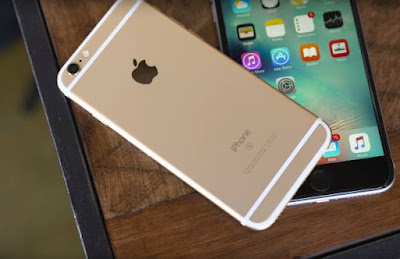 Many of us have now used or seen the iPhone 6S and are also pretty satisfied with its overall design. The round curves and light weight phone is very well accepted by the customers because of its elegant look. But the Company has a tendency to make changes in the design and doesn’t like to keep the similar design for the new version of its iPhone series. So we can expect various changes in the design of iPhone 8. The 143 gmsIphone 6S was considered to be light weighted and we can expect minor changes in iPhone 8 in terms of dimensions and weight.  The screen size will be somewhere near to 4.7 into 5 in for iPhone 8 and 8S but it can go to 5.5 into 6 inches for iPhone 8 plus. It will be much thinner than the previous ones and more elegant in design.

iPhone 6S was equipped with 2 GB RAM for smoother and efficient functioning. This will not be the case with iPhone 8 because the RAM will be somewhere near to 4 GB which will give the best of the performance in terms of iPhone series. iPhone 6S came in three variant in terms of storage capacity and these are 16 GB, 64 GB and 128 GB. But we as a user want 16 GB variant to be replaced with 32 GB and rest remains the same. The iPhones doesn’t support expandable memory so 16 GB is not sufficient for the users. The processor will also upgrade in iPhone 8 from dual core to quad core or from quad core to Octa core processor with at least A11 chipset for more efficient functioning of the phone than the previous.

iPhone 6S has given the tremendous response and people have liked it very much despite being at a higher price. Nobody can doubt the elegance and efficiency of iPhone 6S but everyone is expecting something more from iPhone 8 which will release in 2017 most probably. The features that are expected to come in the upcoming iPhone series includes hand free unlock, dual sensor camera, wireless charger, lightening port instead of the headphone jack, water and dust resistant display, find my phone app and many other improved features that might be absent from iPhone 6S. All these specifications if included in iPhone 8 will make it something par excellence. The colour variations
are also something that will be looked for.

At last, we can just say that Apple doesn’t leave any stone unturned to provide the best features and quality smartphone to their users. And it also give the tight competition to the rival tech giants like Samsung, Sony, HTC, Micromax and other smartphone manufacturing industry and specially Galaxy Note 6 which will release at the same time. The revenue that Apple generates can’t be compared with any other mobile making industry and that is why it is considered to be best among all. This is the reason that people are actually crazy to buy this phone as soon as it is launched in the market. iPhone 8 has now become the much-awaited smartphone for the year 2017 as people have started expecting more from this iPhone series. iPhone 7 will be the trying concept for the Company but iPhone 8 will be something that will be free from any flaw and rich in features and design.

Message: I hope that you have enjoyed 'iPhone 6S vsIphone 8 – Price, Features, Rumours' article. However, if you want me to deliver more items, then please share my post. You can use Social Sharing Widget provided at the end of every post. After all, Sharing is Caring!
T2S