A review of the Galaxy K Zoom

A review of the Galaxy K Zoom

Posted by Suresh Kumar
» tech reviews, » technology
» June 22, 2017
Smartphones have been part of our daily lives for over a decade now and as we continue to integrate our lives with technology through these devices, we find ourselves attracted to specific products. Social media has offered us with the unique chance to share our lives digitally a factor Samsung considered with increased significance when they created the Galaxy K Zoom product.

The Galaxy K Zoom is a hybrid between a compact camera and phone. The first time Samsung adopted the hybrid system when developing the Galaxy S4 Zoom the idea was valid; however, the execution was not perfect. On the other hand, the Galaxy K Zoom offers better specs as a distinct product distancing its identity from the Galaxy S 5 in its naming and design. 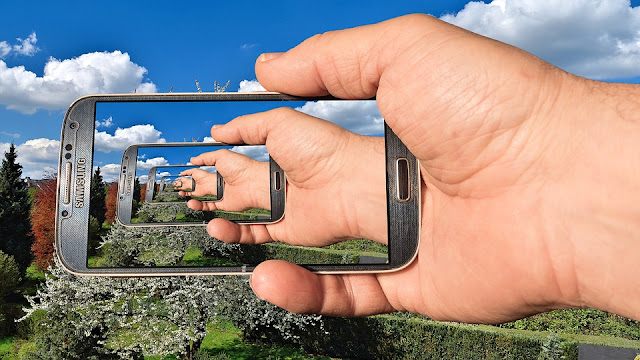 
The phone features the distinct dimpled stylish back seen in the latest Samsung phones. From the front is looks like a normal 4.8 inches smartphone with a 65.2% screen-to-body ratio, inclusive with a Super AMOLED capacitive Corning Gorilla Glass 3 touchscreen. However, the back of the phone features a mega-sized lens housing that; consequently, altering the weighting of the devices substantially. On one hand, the design is simple and distinct to both functionalities as well as its distinction from the Galaxy S model, which is a good thing showing it is a product of its own and should not be compared to any other. However, the device feels chunky considering it is 20mm thick on the lens section and 16.6mm across the rest of the device. This is beside the fact that it weighs 200g. If this phone was ever comparable a person, well we would suggest that is really like its food.


As earlier stated the Galaxy K Zoom has a 4.8-inch screen. In today’s standards such as screen size, is not only outdated, but also undesirable. The Galaxy K Zoom was developed to provide the smartphone industry with a multimedia solution; consequently, this would mean that a large screen would serve best such a purpose. Sticking on issues regarding display the K Zoom uses a super AMOLED display unit. This may seem like positive as seen on the Galaxy S 5, which shares the same feature; nonetheless, due to the PenTile-type OLED screen on the K Zoom, the images are not as sharp. The Galaxy K Zoom an internal memory capacity of 8 GB supported by 2GB RAM. Additionally, the device has a microSD slot that supports up to 64 GB of memory capacity. In reference to storage size, the Galaxy K Zoom is well placed to cater for any photography as well as digital gadget enthusiast.


The Galaxy K Zoom runs an Android 4.4.2 (KitKat) version first seen on the Galaxy S 5 on an Exynos 5260 Hexa Chipset, Hexa core processor and Mali-T624 MP4 GPU unit. This interface is a significant plus for the device as it has the capacity to fulfill most smartphone client needs conveniently. The Apps on this device have gone through a makeover from the traditional list to a colorful circles scrolling array. The change seems to have worked, as the device looks modern and trendier. Additionally, the new ‘My Magazine’ feature is a positive add-on as it helps quick access. Finally, considering the device allows its users to personalize their app screens is helpful more so when putting aside apps that cannot be uninstalled.


With the features, app, performance, as well as the software that run the Galaxy K Zoom, require considerable power. The device is equipped with a 2430mAh, 9.23Wh battery pack that is found at the rear of the phone. Comparing the two phenomena above it is clear that the device is not well stocked with a battery with significant power.

iPhone 7 Complete Review 2016: All that You Should Know
iPhone 6S vs iPhone 8 – Price, Features, Rumours
The 5 Best Alternatives to the IPhone 6
Nokia Lumia 1520 – the next generation phablet


The Galaxy K Zoom is an improvement from the Galaxy S4 Zoom In more than one perspective. It is a revolutionary smartphone that gives you the idea of how much Samsung have gone to impress their clients. However, its features such as the screen size and resolution are unimpressive; the phone is chunky and has minimal battery power. However, its well-sorted performance wise. Out of ten, the device gets an average five.

Message: I hope that you have enjoyed 'A review of the Galaxy K Zoom' article on Tips2secure. However, if you want me to deliver more items, then please share my post. You can use Social Sharing Widget provided at the end of every post. After all, Sharing is Caring!
T2S