New Technology to Look Out for in 2018

New Technology to Look Out for in 2018 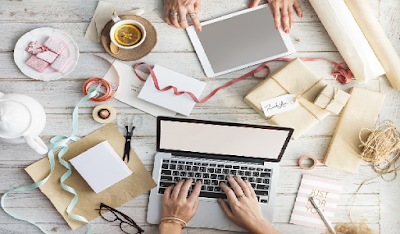 Technology is gradually becoming an interdependent part of our lives. Everything that we do today is through technology. Technology is advancing at an exponential rate. The number of engineers and researchers are increasing and 70% of the students today write their JEE Main exams, UPTU, CET exams etc. to pursue studies revolving around technology. Here are a few technology related topics to look out for this year.


Internet of Things abbreviated as IoT is a hot seller in the market. It is basically a network of connected objects accessible through the internet. IoT has been implemented already in many aspects. It has greatly affected the automobile sector as well as healthcare and marketing. ‘Smart home’ is another brilliant application of IoT which will certainly see a raise this year. The issue of IoT security will be worked upon greatly this year. IoT may also move from cloud computing to edge computing. With increased usage of IoT, data is at a greater risk and this will certainly pose a problem. Nevertheless, IoT has a very promising future with many Top MBA Colleges in Pune, Bangalore, Delhi etc. implementing it in their syllabus.


Also called self-driving, driverless or robotic cars are vehicles which are capable of navigating and moving without any external manual human aid by sensing the environment by itself.They use a variety of techniques to detect their surroundings like radar, laser, GPS and computer vision. They are developed using deep learning. Autonomous cars have been in the hot seat for a long time now. Due to many technical and moral obstacles and also primarily due to safety concerns, they haven’t been implemented yet. Apple is currently testing self-driven cars and we certainly hope to see them on the road soon!


One of the most asked questions is “is blockchain the new internet?”. Satoshi Nakamoto, who is also the inventor of bitcoin, is given the credit of inventing this concept. It was first implemented for bitcoins and now promises to have a wide range of implications. Block technology allows digital information to be shared and not just copied among different systems. In very simple words, they are basically blocks of data linked to one another, not physically but digitally through ‘hash’. These bocks are growing lists of data.The storage devices for all databases are not all connected to the same central core processor. Blockchains are secure databases. Although a complicated topic to understand, it will surely dominate in the coming years.


Virtual reality is an artificial three-dimensional environment created for humans. The person becomes a part of the world of virtual reality and can manipulate things in his surroundings and interact with that reality, virtually. Augmented reality combines and superimposes computer-generated images with user’s digital environment in real time. Unlike virtual reality, which creates a totally artificial environment, augmented reality uses the existing environment and overlays new information on top of it. These concepts have already been implemented to an extent but will certainly grow this year especially in the medical, military and entertainment field.Today, VR and AR have already been used in google glasses, gaming, and GPS systems.


Who hasn’t heard of robotics? The goal is to create robots as close as possible to humans. Subtle actions and details like skin, hair, blinking of the eyes etc. are being added to these robots. New robots have been developed already like Kuri after Alexa. These robots can help in the boosting of the economy. They are useful in the military field as well as the medical field. We expect to see many more advancements in this field for sure.

There will also surely be advances in artificial intelligence and cloud computing.

Message: I hope that you have enjoyed 'New Technology to Look Out for in 2018' article on Tips2secure. However, if you want me to deliver more items, then please share my post. You can use Social Sharing Widget provided at the end of every post. After all, Sharing is Caring!
T2S