Getting To Know Cryptocurrencies

Getting To Know Cryptocurrencies 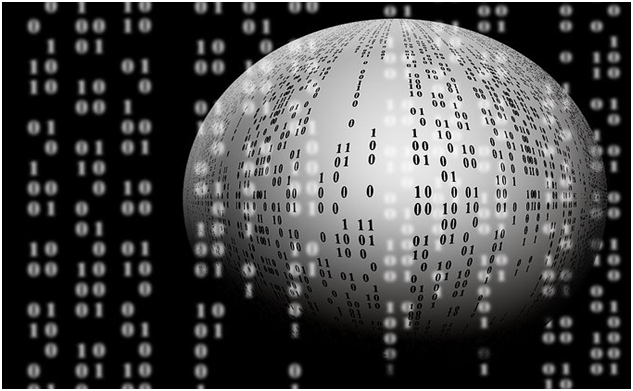 Cryptocurrency. Sounds a bit strange, doesn’t it? One of think first of some complicated mish-mash of words only a few people can understand. Or some business term only people with a doctorate can use. Or a wizarding term from some land far away. However, that may not be the case.


In simpler terms, cryptocurrency is a form of electronic cash, as many others would have said. However, this is may not be the case. Think of it like a digital gold mine, where people can harvest -you guessed it- digital gold. It is not regulated by any entity, government or otherwise. Rather, the control for this currency is under the people who are using it. The regulation and maintenance of the currency lies on the user’s hands. Therefore, cryptocurrency users believe that it is more trustworthy than a bank or a third party entity. There are no hidden charges and the rules were made by the people who use it. Some are even “mining” for cryptocurrencies. For more information on what makes a cryptocurrency the being that it is, you might want to visit this link.

There are many kinds of cryptocurrencies. However for this article, we are only covering the more famous ones. So if you are someone who is interested in investing cryptocurrency, or would just like to gain some sense about what this really is, then please read on. Let’s start with the Bitcoin.

We all hear all hear about bitcoin in news and other forms media. Bitcoin is referenced in movies, television and especially in the internet. It seems that people cannot stop talking about it. The question is: what is it really? Bitcoin (BTC or XBT) started as an idea even way before the turn of the century. People were already playing on the idea of a universal currency; one that does not need any governing body or a banking system to follow. Most of them considered themselves as libertarians, people who believe in freedom for all. It includes lesser government influence and capitalistic activities. The people will have more power to govern for themselves and survive with little supervision from authorities.

A Satoshi Nakamoto is credited for creating the Bitcoin system, but no one knows his identity, his gender or even if he really is Japanese. Satoshi Nakamoto might even be a group of people. The rest of the world only knows that is he or she published a paper titled Bitcoin: A Peer-to-Peer Electronic Cash System back in 2008. It became open to the public in January 2009. It was said on the paper that only 21 million bitcoins are available to be found and every year it would be fewer. The idea behind this is that the rarer the bitcoin gets, the higher its value will be. In time, when the last bitcoin is mined, it will circulate around the globe and would become a currency of the future.

To learn more about Bitcoin, you can click here.

Back to today, thousands of people are mining through the source code to find bitcoins. Many others are already using it in their day to day transactions. Each transaction is tied to a universal ledger(known as a blockchain) and everyone else in the world can see it and check its validity. Once you have a cryptocurrency wallet, you can use it anytime and anywhere. A wallet can be your phone, tablet, or computer in which you can store the app of your choice. Its convenience and anonymity made it very successful in the world of business in comparison to its descendants.

Navigating your way through the system can be a bit hard, especially if you are a beginner. We recommend for you to have a tool or guide like Bitcoin profit review to help you get the profit you want.

The rest of the other cryptocurrencies followed on what Bitcoin had started. However, the developers added their own ideas to make it better. 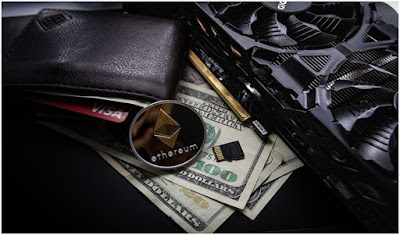 Ethereum is also one of the latest cryptocurrencies that is gaining traction in the market. It is still very young (developed in 2013) by a Russian cryptocurrency researcher and programmer VitalikButerin. It was inspired by the bitcoin; hence there are many similarities in operation. However, there are a few notable differences. One of which is that Ethereum is faster in updating the blockchain or ledger. Remember that this ledger holds all transactions in the globe for that specific cryptocurrency. This means that people who use Ethereum can track faster than Bitcoin. Transaction fees are also lower for ethereum than bitcoin. The equipment used for ether is also not as complex as its bitcoin counterpart.

Note that Ethereum network and its blockchain has split into two: The new Ethereum (ETH), and the original Ethereum Classic (ETC). This was due to a cyber-attack that happened in 2016. This resulted to a collapse in the blockchain and a subsequent rift between the two new cryptocurrencies. 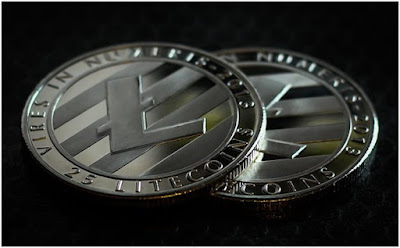 Litecoin (LTC), another cryptocurrency, was born on October 7, 2011 by a Google employee. It was also very similar to the Bitcoin, and such it also has similar processes and follows similar principles. One of the few major differences, on the other hand, is it also processes the blockchain faster than Bitcoin but slower than Ethereum. It also has expanded on the number of coins people can mine over the years. But due to Litecoin’s complexity, the mining process requires more sophisticated equipment than Bitcoin. To learn more about Litecoin, check this link out: https://litecoin.org/

There are many others who are starting to realize that cryptocurrency might be a gateway to wealth and riches. Some had already gambled a lot to see whether it would pay off larger than the usual investment. However, like any kind of investment or business venture, there is going to be a risk involved with every move.

Cryptocurrencies, according to some analysts, is still a little too young for people to be serious about. Its value is incredibly volatile; it can go up to hundreds of thousands of dollars in one day, it can go to almost nothing the next day. Some feel like millionaires by day one and become poor by the end of the week. Still, some others do not find it very profitable at first, but they became very successful in the end.

On the other hand, even in the classic, non-cryptocurrency investment, these things can happen. Do you remember the great economic crash of the late 2010’s? Many companies went bankrupt and thousands of people were left homeless and jobless because of poor decisions. Still, many find investing in the stock market such a delightful and profitable experience. Many millionaires were born from investing wisely and knowing what they are actually doing.

It all boils down to effort and maybe a little touch of luck. Cryptocurrency might still be in its infancy today, but we do not know what tomorrow will bring. Maybe in the near future, this is already the currency of the world. Still, people today are apprehensive about cryptocurrency. It’s marketability, trustworthiness, and integrity is still in question. But the success stories are there, and some are even singing praises about cryptocurrency changing their lives.

It is up to you now if you would take the risk.

Message: I hope that you have enjoyed 'Getting To Know Cryptocurrencies' article on Tips2secure. However, if you want me to deliver more items, then please share my post. You can use Social Sharing Widget provided at the end of every post. After all, Sharing is Caring!
T2S