IoT – the internet of things is a network of various things or physical objects that are embedded with software, technologies, and sensors for them to communicate and exchange information. The development in IoT has fueled and contributed to the growth of IoT sim cards. You have heard about Sim cards that we use in smartphones, have you ever heard of IoT sim cards? Yes! IoT Sim card specifically created for IoT devices. Let’s find out more.

IoT SIM card: These SIM cards are different types of traditional SIM cards used in smartphones designed to connect mobile phones with cellular networks. The IoT Sim cards do not need much human intervention and are particularly used to connect IoT devices. IoT devices require a secure established network for the exchange of information, IoT SIM cards developed by many people such as Freeeway keep in mind these requirements.

How does an IoT SIM  card work? 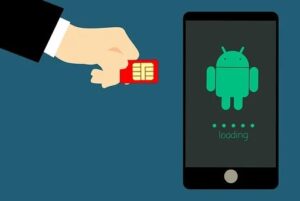 This connection between devices using mobile phones is not feasible for communication. Moreover, traditional SIM  cards do not provide functionalities like the global data packages that IoT SIM  cards can offer. These data packages offered by IoT reduce the charges incurred due to data used in different locations.

What are the key benefits of IoT SIM  cards?

For industries or businesses: IoT-based connections added to equipment or machines used in industries provide data in remote areas. You can manage equipment and their quality without implementing the post-production maintenance stage, as IoT will transfer the quality of machines in the form of data while they are in production. You can monitor the real-time status of equipment, which reduces the requirement for physical inspection after production.

GPS: one of the advantages of SIM cards in IoT devices or IoT SIM  cards is tracking people, objects, and pets. The sensors in IoT sim cards allow you to track the exact location of a SIM card user.

Global reach: The key feature that makes IoT SIM cards popular is their global reach, they are not limited to a single network. They can access different networks including different countries, unlike traditional SIM  cards. This technology helps your device to connect with the strongest network irrespective of area. The global reach offered by IoT SIM cards is the main reason for their popularity.

Security: IoT SIM cards provide an additional layer of security that makes it hard to tamper. These SIM  cards are able to restrict unauthorized sites, apps. IoT SIM  cards are much more secure to transfer information and establish a secure connection between various devices.

Healthcare: IoT SIM cards help doctors to get real-time data of patients such as blood pressure, etc. that help them recommend treatment remotely. Moreover, these SIM cards are used in various healthcare IoT devices that offer better communication and accurate exchange of information without hassle.

Apart from these, there are several uses of IoT SIM cards as we are moving toward digitalization and adopting new technologies, IoT SIM cards are becoming more popular.

What are the forms of IoT SIM cards?

Micro 2FF: Similar to Mini 2FF memory and processors, but come in a smaller size. It is often used for vehicle sensors.

Micro 3FF: Similar to Micro 2FF, but provides larger storage space and protection in a smaller size. It is frequently used for devices such as medical health, tablets, dispatch units, etc.

Nano 4FF: Although the memory and processors are similar to micro-SIM cards, it is smaller and thinner. Nano IoT SIM cards offer features for applications such as wearables, mobile payment devices, etc. These types of IoT sim cards are suitable for devices with limited space.

MFF2 SIM chipsets: These IoT SIM  cards offer secure network connections that can be embedded in the device’s motherboard. They are supported by hardware components and are easy to operate.

Buy a high-quality IoT SIM card from the Freeeway

Freeeway designed SIM cards with high-quality material and technology without the intervention of any third-party software. The various types of IoT SIM cards offer secure and strong network connections with various devices with global reach. Manage your IoT devices with a single provider to protect your data and exchange information between devices accurately. IoT SIM  cards offered by Freeeway have been working efficiently with many devices without hassle with amazing features for IoT applications.